AQUARIUS at the Weekend Media Festival 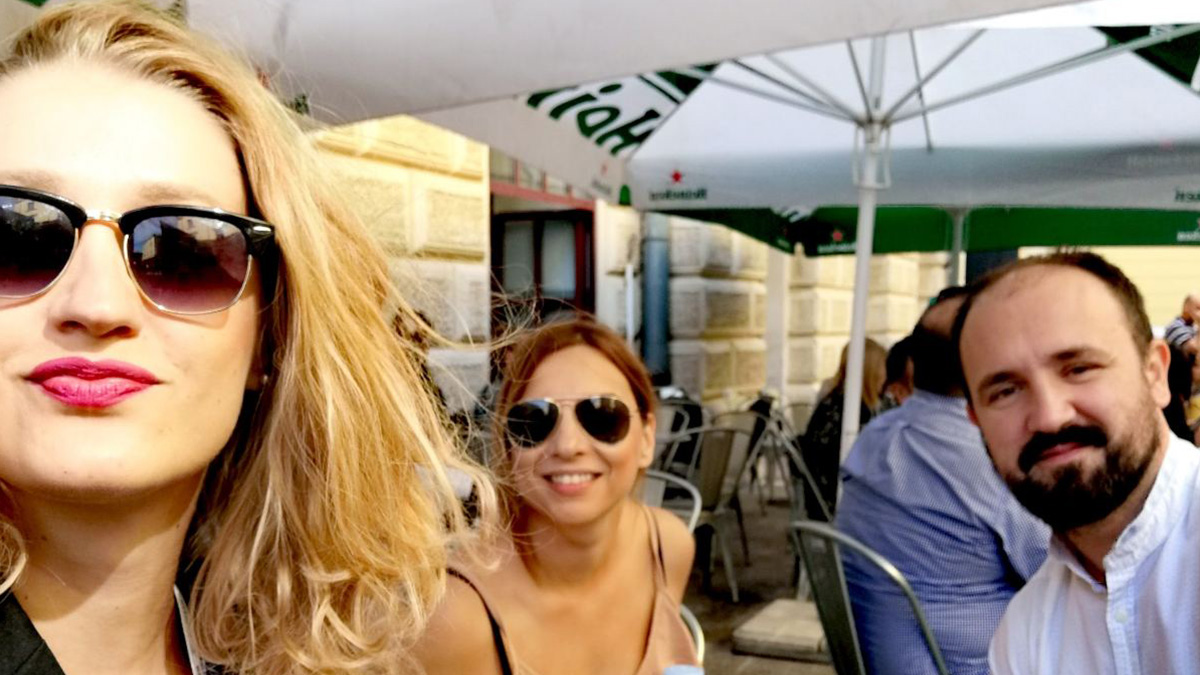 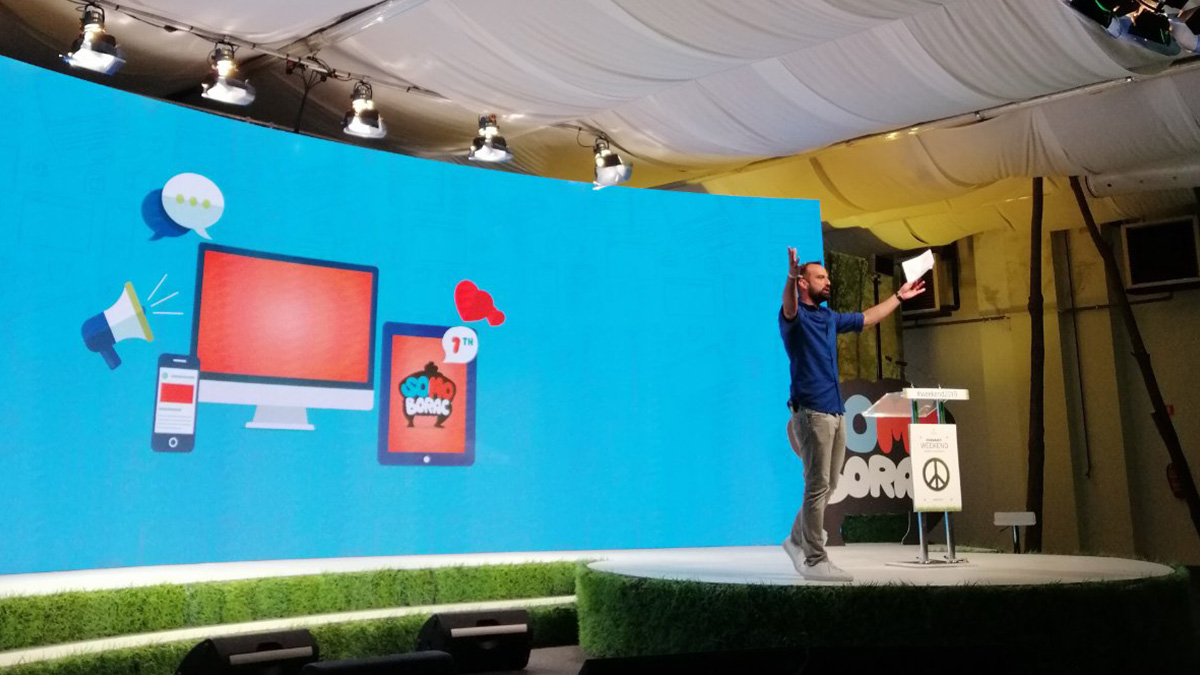 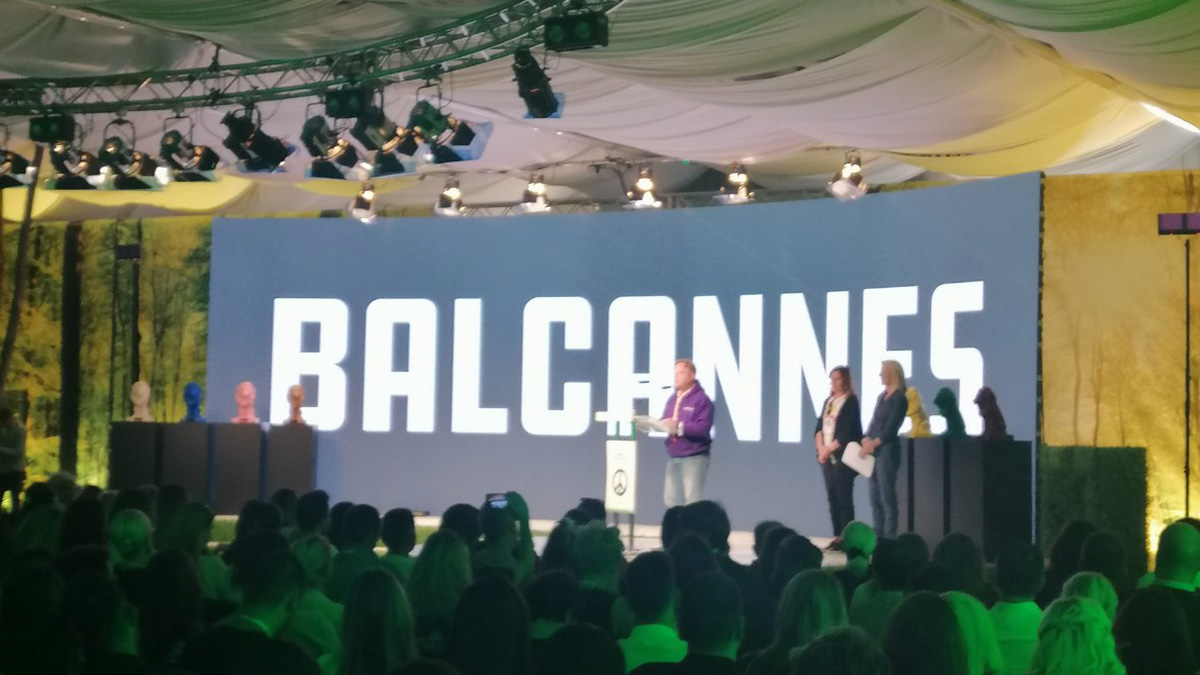 September in Rovinj means only one thing – the largest regional communication event, most of you know it as the Weekend Media Festival. Once again we were part of the story, more precisely a Festival that imposes trends and sets the agenda of the marketing agencies for the coming year.

Among numerous media, marketing, and communications experts, there was an Aquarius team consisting of Maja Desancic Account Manager, Dejan Jovic Graphic Designer, and Vanja Partalo Digital Marketing Director. In two days, across six halls, more than 150 presenters and panelists spoke on several topics – from the transformation of television and its future, the famous #agencylife to the global tech war.

However, this year’s Weekend Media Festival was special for us because our Vanja had a new role as a part of a SoMo Borac competition jury. For all agency mags, especially digital ones, SoMo Borac is an ideal opportunity to showcase their work from the last year.

Since Vanja reviewed all of the applications, and we were curious, we asked her to tell us what’s the future route of Balkans digital ship? Moreover, what stood out to her as a Aquarius’ representative?

Vanja, you have reviewed dozens of campaigns submitted to the SoMo Borac competition. Tell us, did your favorites go to the finals?

I can only say that the choice was anything but simple, which is commendable for the whole region. Obviously, we all do a good job, so it was a challenge to choose the best of (really the best) digital campaigns. If we talk about favorites, there was not a campaign for which I did not want to enter the finals.

The Weekend is also known for the Balcannes we eagerly look forward to every year. Which campaign stood out this year?

Balcannes and over 20 great campaigns – it was an interesting few hours … We saw so many good projects – from those humorous, corporate to the most interesting, socially responsible. In this context, I have to single out the Boranka campaign of our Croatian colleagues. The importance of this kind of campaign was recognized by the jury and by everyone present, so there is no doubt that it is one of the better ones in this year’s competition.

Have you been a nerd at Weekend and listened to every single lecture? And which lecture gave you some new knowledge?

Nerd – not that often. But my colleagues and I have strategically deployed so that we hear as much as possible. For me as a digital expert, it was most interesting to hear my colleagues’ opinions on the development of digital marketing over the past ten years, but also how Zuckerberg and friends will survive the global techlash.

Finally, we can say that it was a pleasure to be a part of the Weekend Media Festival. It is always interesting to see how the industry progressed and what changed in a year, and how it will affect our business in the coming period. What we can promise right now is that we will back to Rovinj next September with new ideas and innovative campaigns.