Banjalučka Pivara or Banja Luka Brewery is recognized as a company that always rewards loyalty of its customers. The initial idea was to design the biggest award-winning campaign in the region so far, and when all our creatives were brought together, we came up with the "10 'ladnih Nektara" campaign.

During the three-months sweepstake, Aquarius teams were in charge of every detail – from creating a unique song in the spirit of the campaign, a TV commercial remembered by all Nektar beer lovers, to all creative solutions our designers could come up with. Our digital department entertained the followers of the Banja Luka Brewery social network on a daily basis, and the PR team was tasked with talking about the campaign in the media on a daily basis.

Thanks to our technical and AV production, each accompanying event went flawlessly. The grand finale took place on July 6, 2019 at Krajina Square in Banja Luka where the concert of the famous singer Lepa Brena was held.

The success of the campaign is best illustrated by the figures – 3,000,000 cans of Nectar beer and over 1,500,000 codes sent via Viber in three months. This is one of the campaigns that we are extremely proud of, the one that everyone talked about, especially now the three lucky Porsche Car winners. 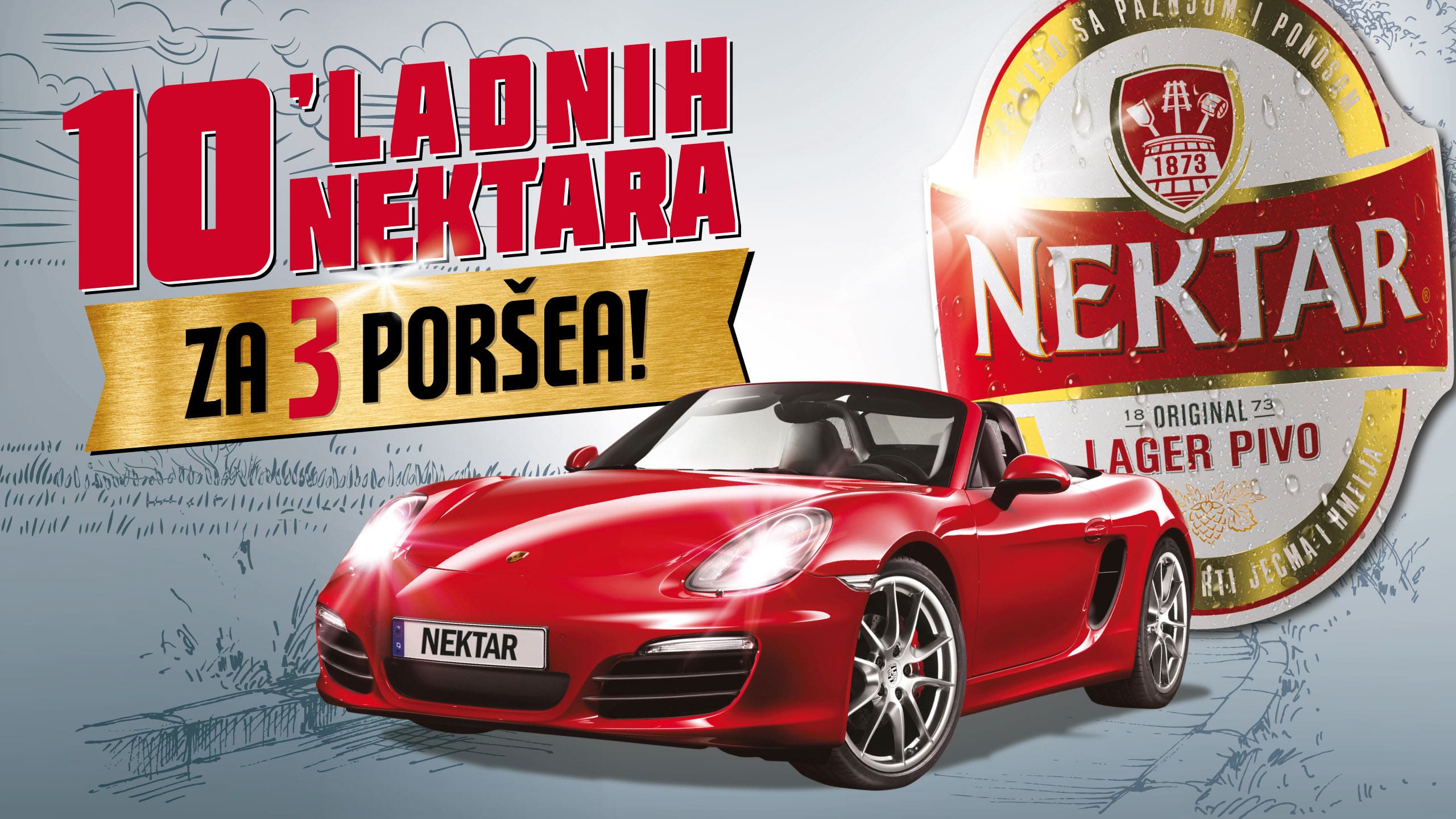