TV show „Bones“, the critics have described as realistic, brutal and tense… Like the screenwriter Nikola Kolja Pejaković revealed to us, „Bones“ tell us a story of a man's need to confess his sins and to repent.

That's what the announcement campaign looked like, which we started in June for our client, and foremost, friends from Bosonoga production.

Through PR/Digital/AV/Creative/Production support we have revealed the signs of the plot and woke a big impatience before the premiere that is expecting us on the 21st of November on RTS 1.

The graphic solution of our creative team, was recognized by European marketing experts. In the category of print ads for the Balticbest Festival our idea has, despite the great competition, fought its way to the finals.

The poster carries the motive of a hammer dipped in red paint, which symbolizes blood, and in that way alludes the world of our main character, who painted it red. 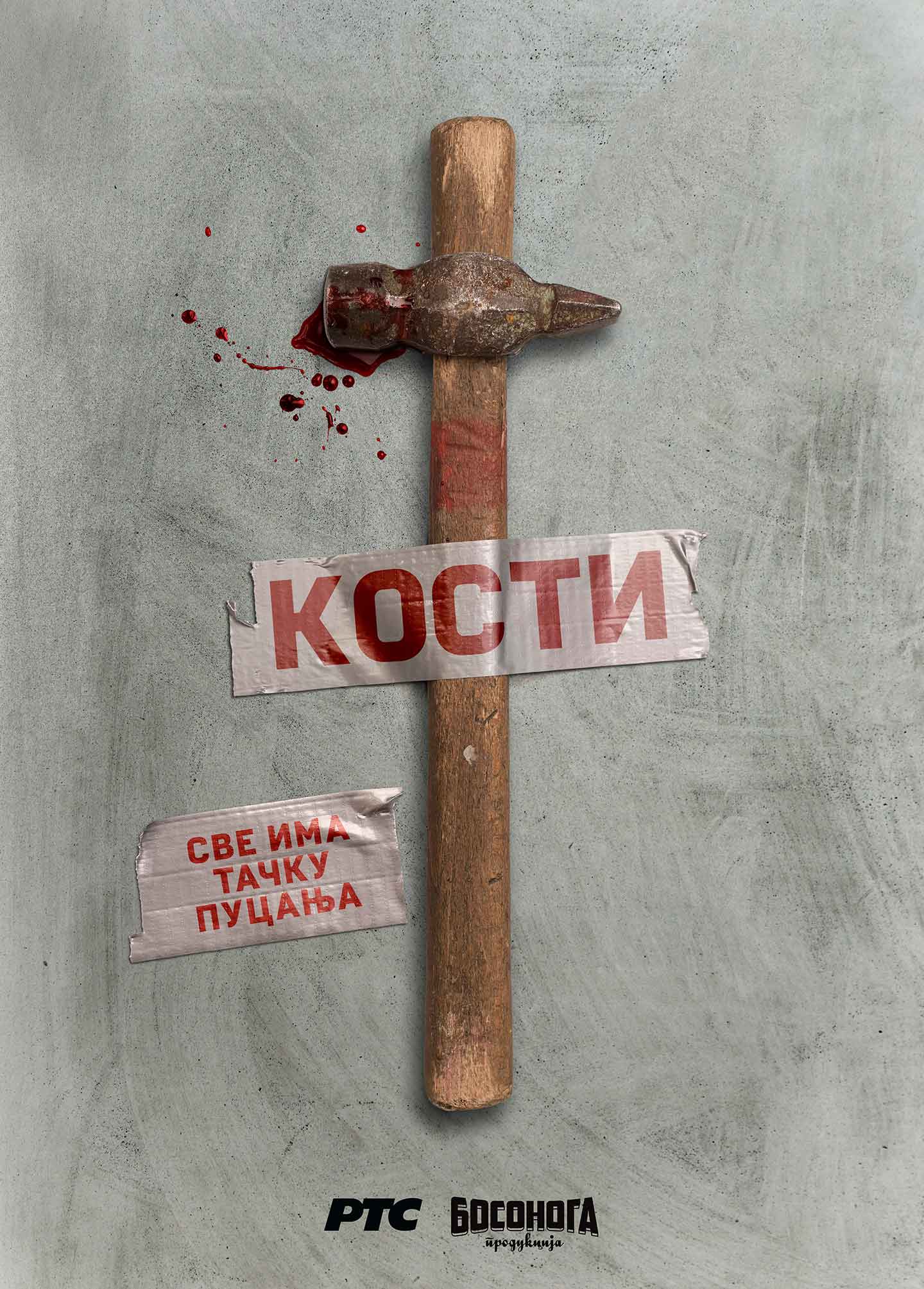